Our second play-off group is now live, meaning that you have a chance to vote! Click here to listen to the podcast episode for Group B where we compare Kenneth II, Malcolm II, David I and James IV or read on to get an overview of how they compare. If you already know who you want to vote for, the link to the survey is just below:

You can find out more about the Scottish Rex Factor Play-Offs here. However, to summarise…

We had thirteen monarchs in the Scottish series to be awarded the Rex Factor. To even the numbers up, our top seed (Robert the Bruce) has been given a bye straight into the Grand Final. To decide who will join him, there are three groups of four monarchs with the winner from each group going through to the final. To decide who gets there, we will be combing the electoral colleges of Ali, Graham and you (the rest of the world!)

If you’ve listened to the Group B podcast or have already made your mind up, then you can vote for who you want to win Group B here, but if you want to refresh your memory, here’s the lowdown on the four monarchs asking for your vote in Group B – will it be Kenneth II, Malcolm II, David I or James IV?

The major problem facing Scotland in 971 was the succession system. Scotland had operated a process whereby the throne went from brother to brother to ensure there was always an adult king ready to take the throne in times of war. Unfortunately, by the time Kenneth II became king, there were so many rival claimants that it was no longer brother to brother but third cousin to third cousin, at which point they were all less reluctant to take their turn and things got a bit stabby. Kenneth faced a battle for the throne with his distant relative Olaf but unlike his predecessors, Kenneth was a man with a long-term plan. First, he made an alliance with the all-powerful English king, Edgar the Peaceable, suffering the slight humiliation of being one of the sub-kings rowing Edgar along the River Dee in return for being acknowledged as king and acquiring (formally) the territory of Lothian, which formed the basis for his victorious campaign against Olaf. After 977, Scotland enjoyed its first period of extended peace in decades, so Kenneth tried to resolve the succession problem once and for all by formalising a system of primogeniture (i.e. from father to son). The majority of the nobles agreed to his reforms but he faced opposition from the extended branches of the family who faced permanent exclusion from the succession. A remarkably elaborate plan was hatched, which involved the mother of a man killed by Kenneth luring him into a house in the woods where he was tempted to try to take an apple from a statue of a boy, the action of which resulted in him being filled with arrows in the booby-trapped statue. Kenneth was dead, but the policy of father-to-son succession was a mainstay of his dynasty.

Click here to read Kenneth II’s full blog entry, or click here to listen to his own podcast episode. 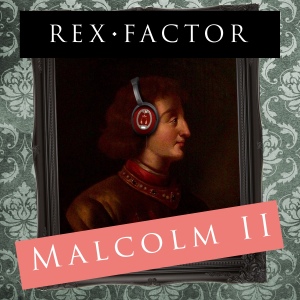 Malcolm II was the son of Kenneth II, but it was not until 10 years after his father’s death that he would take the throne. He faced not one but two rival claimants to the throne who wanted to undo Kenneth’s reforms to the succession. Malcolm was in Cumbria when his father died and by the time he had raised an army, one of his rivals (Constantine III) was already dead, so Malcolm began a lengthy campaign against his cousin, Kenneth III. This culminated in 1005, when Malcolm challenged him to a battle and won the day, killing his rival and taking the throne. Malcolm now ruled supreme in Scotland and started throwing his weight around in northern England. He failed in a bid to capture Durham in 1006 but won a great victory against the English at Carham in 1018, which firmly established the limits of English territory. A potential threat from the mighty Cnut (a Viking who took the English throne in 1016) was resolved with some kind of treaty in 1031-32, after which Scotland’s borders were secure. Malcolm followed his father in his belief in the system of primogeniture, but unfortunately for him he only had daughters in a time when women would not be accept as reigning monarchs. Still, Malcolm was nothing if not determined, so he married his eldest daughter to the powerful lay Abbot of Dunkeld and named the ensuing grandson, Duncan as his heir. However, the rival dynastic lines saw the succession through the female line as a golden opportunity, with the son of Kenneth III, Boite, marrying his daughter to the rebellious ruler of Moray, Gillecomgain, leading to a rival royal heir (Lulach). This represented a serious threat but Malcolm had a simple solution, namely to kill as many of his rival family members as possible to ensure that Duncan would rule unchallenged! Although Lulach was still alive when Malcolm was fatally wounded in an ambush in 1035 at the grand old age of 80, his grandson succeeded to the throne as planned.

Click here to read Malcolm II’s full blog entry, or click here to listen to his own podcast episode. 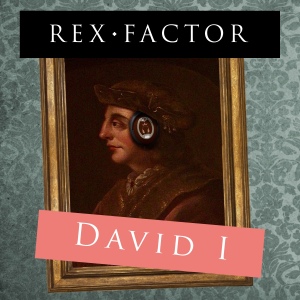 Following the death of his father, Malcolm III, David I and his brothers had been forced to flee to the Norman court of William Rufus when their uncle, Donaldbane, usurped the throne. As the youngest son, David was effectively brought up as a Norman knight, particularly in the reign of Henry I who married David’s sister. David became one of the leading nobles of England and was granted a prestigious marriage with much territory. However, all of this made him something of an outsider when he became king in 1124. He faced rebellions for the next 10 years from the bastard son of his older brother, Alexander I, and a grandson of Lulach, only really being able to defeat them thanks to Henry I send troops and ships. David had not made a very impressive start, but the death of Henry I in 1135 presented him with an opening that made him one of Scotland’s most successful monarchs. Henry I died with only one legitimate child, a daughter (Matilda). The nobles pledged to recognise her as Queen, but when Henry died the throne was taken by her cousin, Stephen, leading to a long and brutal civil war often known as the Anarchy. As Matilda’s uncle, David used this as an excuse to invade northern England in 1136 and 1138, though on both occasions he was more than happy to make a deal with Stephen, gaining Carlisle, Cumberland and the earldom of Northumbria for his son (despite actually suffering a major defeat in 1138). David’s influence ultimately extended into Lancashire and Yorkshire (the greatest extent in Scottish history), while in Scotland he increased his influence of Galloway (south-west) and Caithness (the far north). Unchallenged in Scotland, he presided over the Davidian Revolution, with major reforms in church and state (monastic patronage, centralised government, economic expansion, Scotland’s first coinage), the only blip being the tragic death of his highly respected son, Henry, in 1152, forcing him to spend his last year travelling the country to ensure the recognition of his young grandson, Malcolm, as heir.

Click here to read David I’s full blog entry, or click here to listen to his own podcast episode. 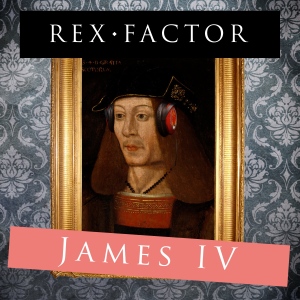 James IV became king at the age of 15 in 1488 and under a bit of a cloud, having been the putative head of a rebellion which ended with the death of his father, James III. As penance, James wore a chain around his belt for the rest of his life but proved a far more effective monarch than his father. James IV was highly charming, extremely popular (with nobles and his subjects) and something of a Renaissance prince, overseeing a glittering court with a wonderful mix of medieval chivalry and all the very latest scientific and artistic developments (James was even an amateur dentist in his spare time!) With a special nursery at Stirling Castle to house his numerous illegitimate children, James IV certainly knew how to have a good time, but he was also a highly effective monarch on the international stage. He defeated the perennially rebellious Lord of the Isles in western Scotland, then forced Henry VII of England to come to terms by leading an invasion of northern England in favour of the pretender Perkin Warbeck, leading to James marrying Henry’s daughter, Margaret Tudor, which would one day see a Scottish king inherit the English throne. Matters grew more complex with the accession of Henry VIII in England, who was a more headstrong and warlike character. Henry joined the Holy League with Spain, Venice and the Papacy against France and James felt duty bound to honour the Auld Alliance with France and invade England. So, in 1513, James invaded northern England at the head of a large and united army, capturing various castles along the way before coming to battle at Flodden. Despite a numerical advantage, the Scots were outmanoeuvred and suffered a terrible defeat, with numerous nobles being killed along with James IV himself at just 40 years old, leading a final, heroic charge and dying not far from his rival commander, becoming the last king to die in battle in the British Isles.

Click here to read James IV’s full blog entry, or click here to listen to his own podcast episode.

Of course, they ALL have the Rex Factor, but who do you think is the greatest of them all? Ali and Graham have both voted but the public vote will be crucial to decide who gets through to the Grand Final. For more details about the monarchs, read their individual blog entries, listen to their podcast episodes or (to hear a comparison of them all, factor-by-factor) listen to the Group B play-off episode. Once you’ve made up your mind, click the link below to vote for who you think deserves to go through to the Grand Final.